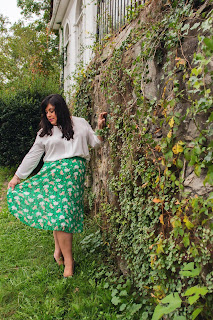 I was very insecure growing up. I never was petite or thin and was always one of tallest, big boned girls. I was very shy and introverted.  I was so timid that I didn't even put my hand up in class, even if needed help or to ask a question, because I did not want everyone to look at me. Being so shy and introverted caused me to have barely any confidence.

As a young adult, I had my oldest son when I was 20 with my high school sweetheart. At that time, I thought we were going to be together forever and become a family with a father and mother for our son. It was what I had wanted in life growing up. As our son, Alex, turned a year old, his father and I had finally called it quits.

Having a child at 20 and already having self-image issues made me even more obsessed with how I looked. It didn't help that right after Alex's dad and I broke up that he moved on to a very petite lady, who had what I thought at that time was the perfect body.

All my life, I've gone up and down in weight. I've tried different diets and different exercises. But the honest truth is that I've never been into sports and exercise. It's just not my thing.

The summer of the big break-up, I was 21, heartbroken, and disappointed in myself for not giving my son the family I had always wanted for myself and him.  I decided that I didn't want to rush into anything serious for a long time and, instead, enjoy my new-found freedom.

Almost at the end of summer, I met a man who was so different from any man I had dated before. He was
very confident and charismatic and not a serious relationship type-of-guy which was perfect for that time in my life. I should have seen the red flag when we were making plans for a second date because he told me to make sure I wore makeup.

I'm not sure why I lasted so long with him but during those four years he would always show me examples of what the ideal woman would look like for him which, of course, was opposite to what I physically looked like. I was so naive then that I had convinced myself that I was so fortunate to date such a man and tried all these crazy crash diets to try and make him look at me the way he looked at other women. Even after I lost 30 pounds, he didn’t notice a huge difference in my appearance.

During those four years together we got engaged for a few months. You may be asking why I stayed with Mr. Wrong for so long.

I believe the reason was because I thought he was a good person, as far as the way he treated his mom, dad, and sister, and foolishly thought that eventually he would be that same way with me.

I also, as an only child, I hated being alone. I had invested so much time with him. As I was approaching 30 years old, my thinking was "who would be interested in me?"

I eventually came to my senses and acknowledged the reality that he was not marriage material and we would never have the family that I had envisioned for Alex and me.

For the next three years, I was single and dated here and there. It gave me time to really find out what I was looking for in a life partner.

This past October, I celebrated my 13th wedding anniversary with the man that checked off all the boxes for my ideal husband. We met briefly one night while I was picking up a friend from work. I remember that we were introduced to each other and talked for barely a minute. He then said he would be right back and never returned. At the time, I didn’t pay it any attention.

About a year late, I ended up working at the same place part-time and he was still working there.

He ended up telling me why he left so abruptly when we first met. It was because he was so smitten with me that he wanted to freshen up, since he was just finishing up a busy shift. He did return but by the time the slow elevators came up and down we had left.

After only 6 months, he proposed. From the very beginning, he treated me like every woman deserves to be treated. He loved me for who I was inside and out and even to this day I am the ideal type of woman for him.

Through these 13 years together, he has been my number one supporter with all that I do professionally and personally.

I will soon be celebrating my 43rd birthday and am very comfortable in my skin. People that have just met me more recently cannot believe that I used to be an introverted person.

With this new blossoming chapter in my life, I am a happy, confident woman who is making her dreams come true.